As flexi-working grows in appeal, new research shows that companies have yet to catch up with the trend

47% of employees regularly work from home 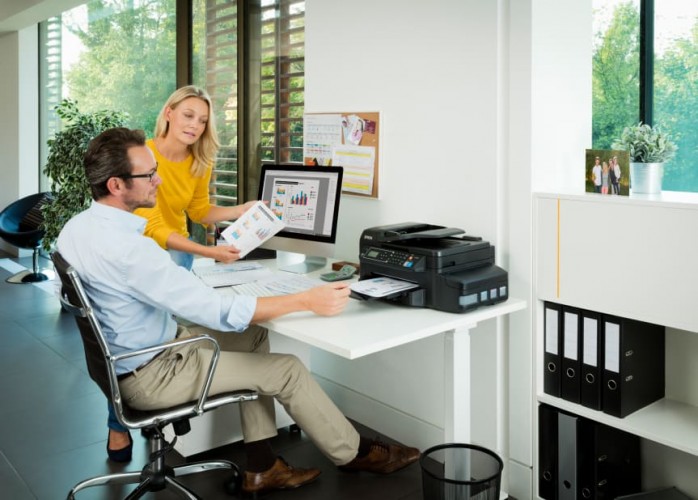 February, 2017 - Over the next 10 years working practices, organisational structure and office environments are likely to see a shake-up. Ahead of this, new research from Epson – which surveyed SMEs across parts of Europe, Middle East and Africa (EMEA) - found that already less than a fifth (18%) of employees fulfil their working hours exclusively in an office environment.  And while many reveal that flexibility in working location is beneficial to their personal productivity, nearly a quarter of employers (24%) don’t yet support it.

This suggests a stark contrast in employer approaches.  The research suggests that 47% of the workforce regularly works from home - 30% at least one to two days per week and an additional 15% three to four days every week.  But while some employers are embracing working flexibility, to the extent that 13% of employees surveyed reveal that they no longer have assigned desks, others are more reticent.   Twenty four percent of employees surveyed state that their organisation doesn’t currently allow working from home, and a further 26% said their employers accept that some flexibility in working is beneficial, but don’t actively support working outside of the office.

Epson, says; “It may be that not all organisations are as ready to integrate these changes into their working patterns as others, but as the 2017 recruitment landscape across EMEA becomes more competitive, they may face a stark choice. The 50% of companies demonstrating reticence to embrace flexi-working as part of employee benefits may be hit particularly hard by the current talent market situation, as it becomes increasingly hard to source qualified candidates in the region.”

But it is not just work/home balance that improves with flexible working solutions however; for 22% of employees, working outside of the office environment in fact allows them to concentrate more fully on a specific task. Forty six percent of respondents stated that one or two days of working from home per week was the optimal split for working efficiency and 42% agreed that it was the best option for productivity as well.

Although 41% is a considerable percentage of respondents already benefiting from home working, barriers remain before working outside the office can become the norm for all. Often this comes down to the technology solutions in place to support flexi working options, as only 18% of employers currently actively support and facilitate working from home through remote meeting and interactive technology, which play a fundamental role in ensuring that employees have the tools to do their work wherever they may be based.

As the so called “gig economy” begins to takes hold, an environment in which temporary positions are more common and workers independently manage multiple short term commitments with different organisations, the idea of permanent staff adopting a more flexible approach to their work is going to grow. Although the gig economy has yet to develop to an equal extent in all countries in EMEA, as a new generation of workers enter our offices, expectations of employment and work/life balance are shifting.

As “anywhere-working” increases and collaboration expands to cross geographies and borders as well as simply connecting employees at home and in the office, the technologies needed to facilitate these changes are predicted to become a core part of any IT manager’s toolkit.

The research was conducted online by Coleman Parks from October 2016 through January 2017.

Audience Profile: SMB’s (10-250 employees). Employees who use printers regularly (at least once a week)

Please note that the standard convention for rounding has been applied and consequently some totals do not add up to 100%.